Going for the burn 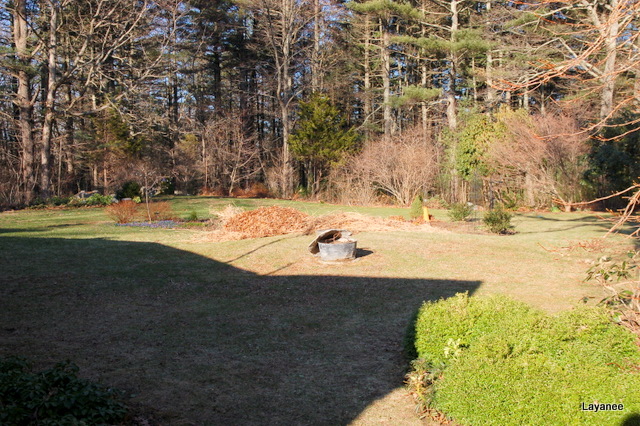 The term 'going for the burn' has many different connotations.  For athletes it means reaching that point of muscle fatigue, for the rich and decadent, it is having enough money to burn, for students studying for exams it can be 'burning the midnight oil' .   Here at Ledge and Gardens, 'going for the burn' means walking outside in the dark after a big meal with a glass of wine or beverage of choice in hand and standing around the ornamental grasses which are tattered and torn, brown and crisp, from the rigors of winter desiccation and waiting for the show to begin.  This year the grasses are lying prone on the ground instead of standing at stately attention.  Heavy snow this winter flattened them quite thoroughly.  Measures were taken ahead of time to fluff them up a bit and add some dry leaves to the pile.  It was thought that the pile would produce less than the spectacular results of past years. 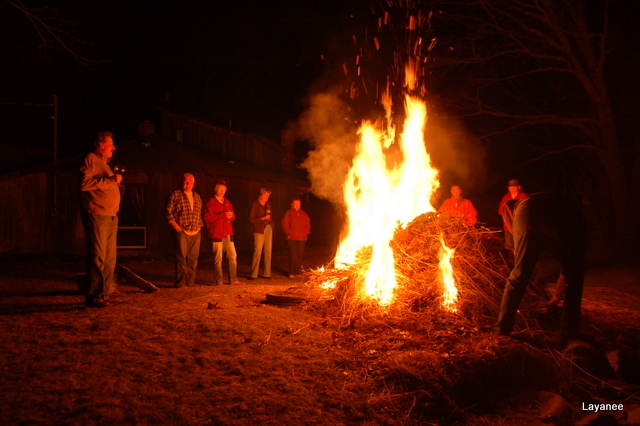 The group of enophiles, epicureans and canines gathered around the  mass of grass as the EM started the conflagration. 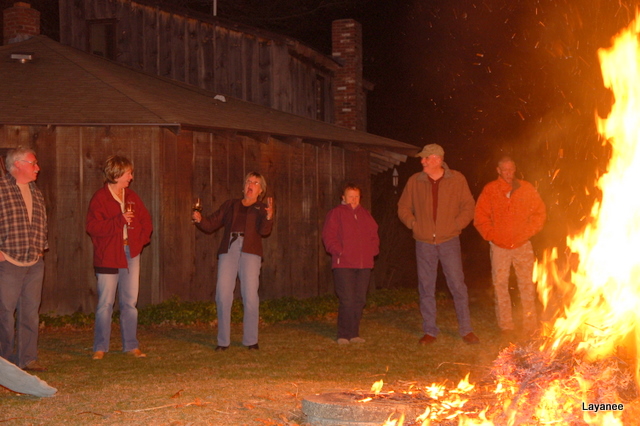 Excitement enveloped the crowd as flames leaped higher and higher into the night sky.  Rather than a dismal show, 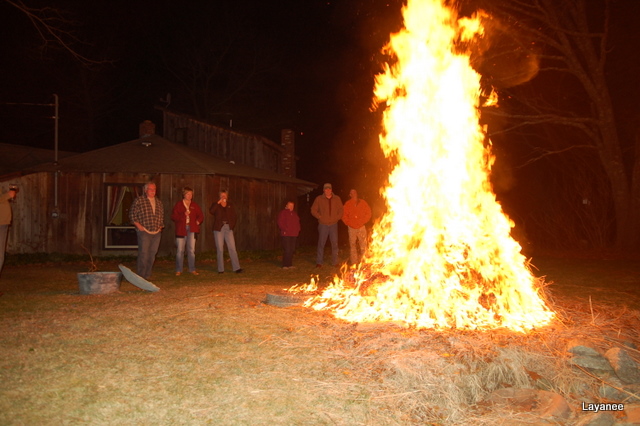 this year's annual burning of the grasses was one of the best although there were some past participants sorely missed from the group. 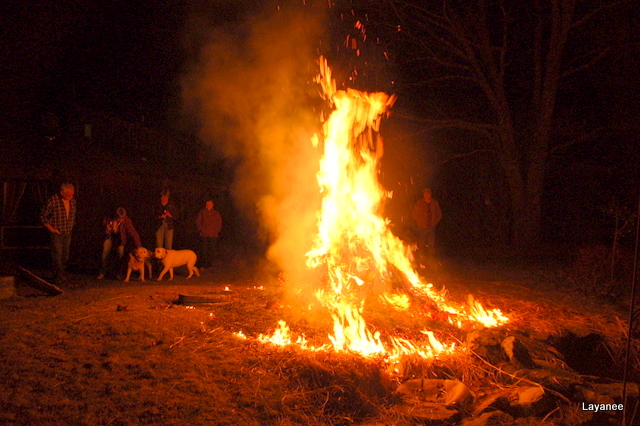 Burning of grasslands and pastures has been used for thousands of years as a way to control vegetative growth.  It has also been shown to improve wildlife habitat and improve native plant habitats.  Burning sweetens the soil and stimulates growth which are the simple benefits here in addition to saving this gardener from the arduous task of cutting these grasses back and removing the debris.  Is there better entertainment available?  I think my guests would argue  'No'. I wish all of you could be here for the grass burning. 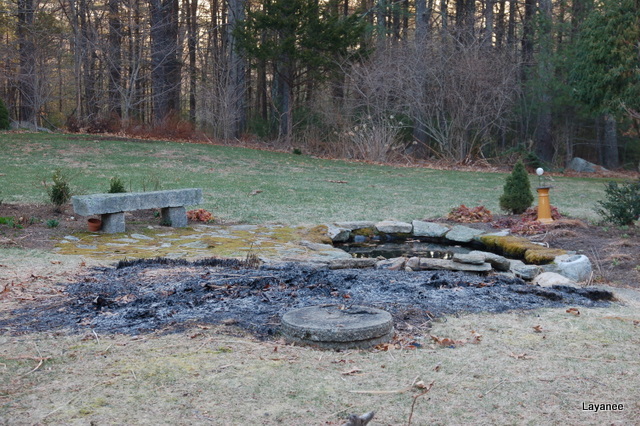 It is a great way to work up an appetite for dessert on a cool, spring night.

For a look at previous year's burnings click here, here and here.