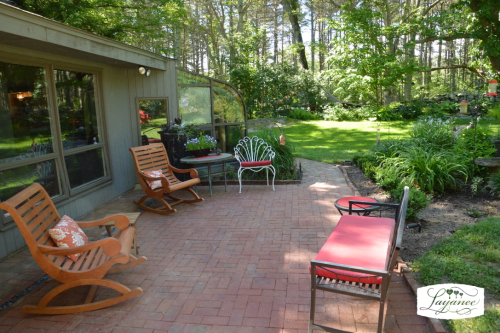 Anyone who gardens knows that nothing ever stays the same. I started gardening many years ago on my plot of land. The first garden was a vegetable garden but as the gardening addiction grew a border became a goal. The first was a border behind the house. It was southwest facing and away from the hubbub of a daily life filled with active kids, their friends, and pets. It was a border which would not suffer from thrown balls and furry feet. But, it was behind the house. It provided a nice respite from a long day. I clearly remember taking friends over to see it and one of them audibly gasped at the display. Nirvana to a gardener's spirit and soul. As the kids grew, the niche carved out of the woods for the homestead grew bigger-pines were cut down for more sun and more play area. There was a sandbox added and the woods were pushed back a bit further.  A sunroom was added to the house necessitating the cutting of more trees. The large pine holding the swing hit the dirt. The kids didn't use it anymore anyway. A patio was added and many a meal has been enjoyed on that patio. The area adjacent to the patio was the bird feeding station and it is situated right in front of the double, west facing window. Very useful for entertainment during cold winter months but a difficult area to plant in season as it had an irregular shape. It was a wild space in the summer. 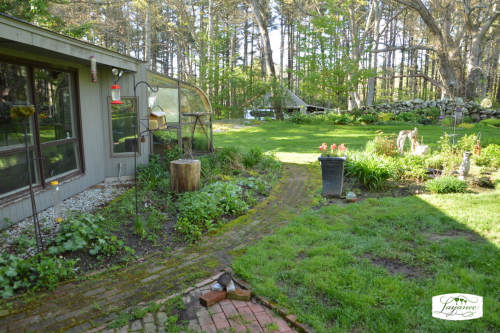 Bee balm scampered around with abandon and a stray sunflower arose from the bird's sloppy dining habits.  The existing patio seemed smaller for friends more than ten. 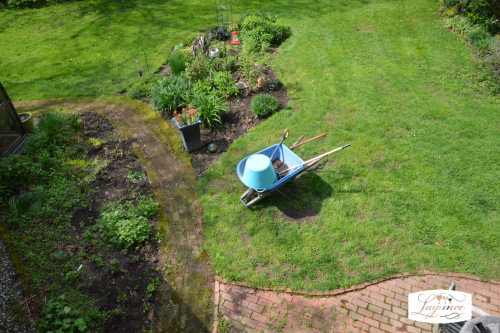 The garden evolves and so does the garden space. Louis Sullivan, architect, lived by the principle 'Form Follows Function' and while he applied it to buildings, it has become a maxim for landscape design as well.
As such it seemed an additional patio space would be a good solution to the problems of space and 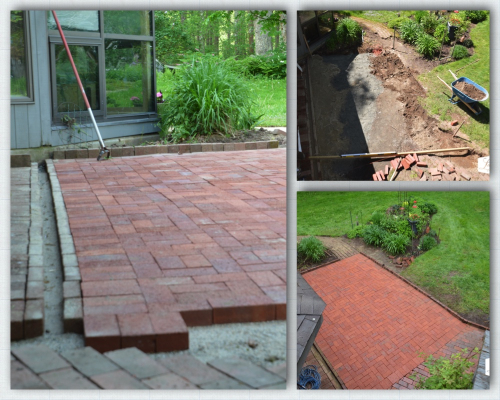 that of taming a garden. There would be more room for sitting and chatting. More space for fun. A nicer space to view from the living room window. Work began. With the help of my awesome neighbor, Rocky, I started the dig. The Equipment Manager, also known as husband, Chris,  was not really on board for another project. He left for Maine for two weeks. I started work. I planned to add a rectangular addition to the curved patio. I kept digging....how many wheelbarrows of soil were removed from the designated area? I know I removed about ten before Rocky showed up with superior strength and a bigger wheelbarrow. I think it must have been 30 or 40. Processed gravel was added and then sand. The brick arrived. 630 bricks-I had to get 200 more as we went a bit bigger. Rocky is in construction and he has a good eye for leveling and all things construction. We decided during the process to add a rill under the drip line of the house. I love the rill and it has handled 2.6" of rain with no problem. 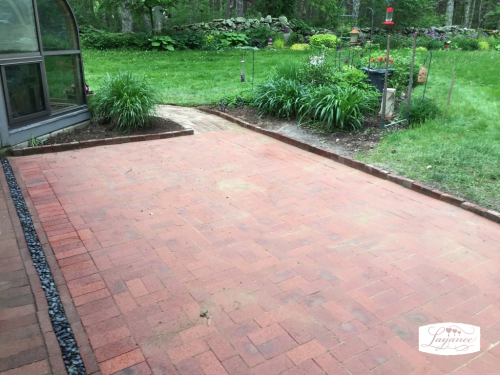 We finished the day the EM arrived home. He was less than thrilled but I do think he is now embracing the space since we have had a couple gatherings which have been much more comfortable with seating and space. 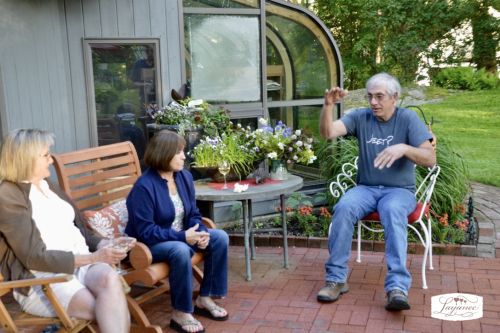 We have had morning coffee on the new patio and evening wine. I saw my first cedar waxwings from the patio chair. Have they visited before? Were they there in the garden all the time and I never noticed? 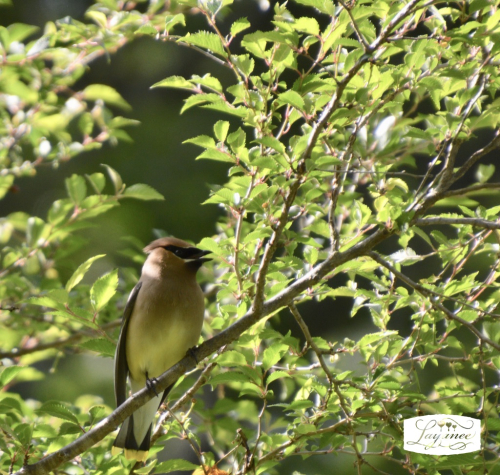 I don't think so, I think they came to celebrate the new patio.

Posted at 12:03 PM in Beds and borders, Miscellaneous | Permalink | Comments (7)