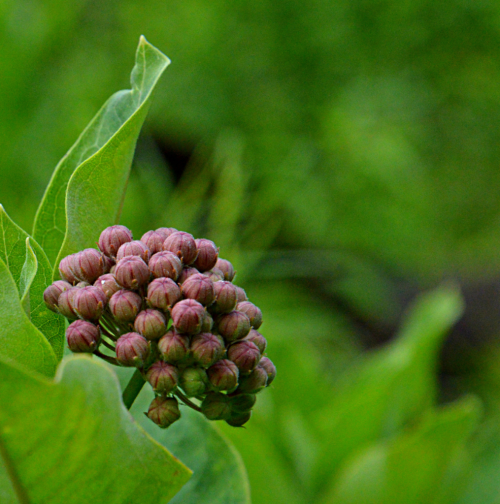 July has arrived and the long borders are glorious after a cool and rainy spring. Summer is here and while the tended gardens are beautiful, I have a confession. It is not the the glorious flowers of astilbe, bee balm, phlox or even the majestic delphiniums which have caught my attention this summer. No, it is a lowly native plant patch which beacons me and Gibbs, each day, down into the lower back field. 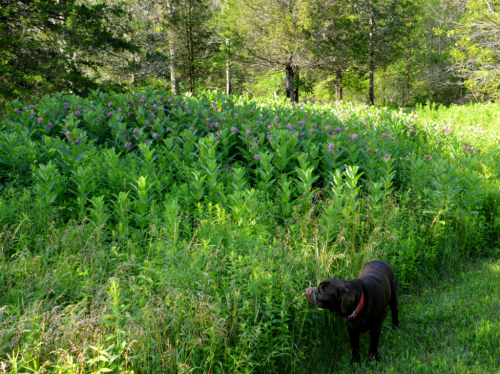 Sometimes it is in the morning with a cup of coffee. Other times it is in the glare of the mid day sun. Often it is late in the day. Halfway down between the barn and the lower field, the scent pulls me forward. It is heavy and sweet and as identifiable, once experienced, as that of lily of the valley or lilac. The milkweed patch, Asclepias syriaca, common milkweed, has taken root in the well composted horse manure pile of the back field. 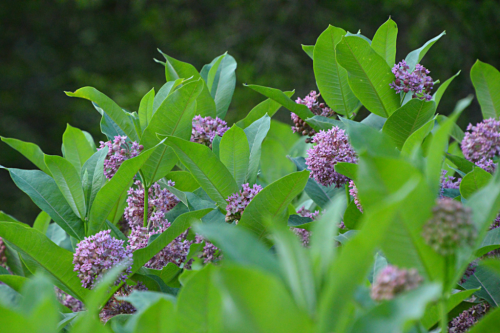 As unromantic a start as can be had. In the morning, the flower heads of the milkweed are thick with dew, in mid-afternoon the patch hums with life and in evening the scent seems the sweetest. To stand at the edge, or even in the midst of a patch of milkweed is a revelation. 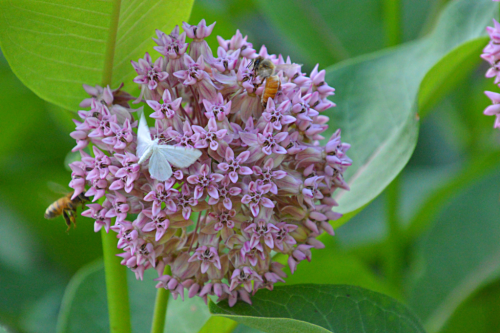 There are moths, bumblebees, honeybees and milkweed beetles meeting for some afternoon delight. A visceral experience of sight, sound and scent. 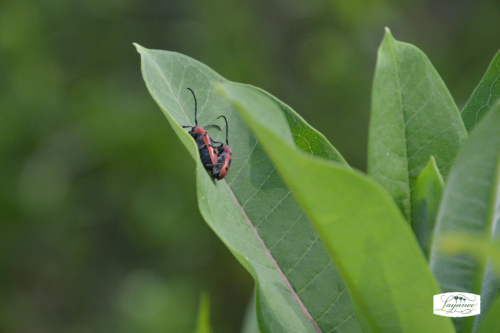 At the recent Fourth of July party, a good part of the afternoon involved several trips down to the milkweed patch. All who traveled there seemed amazed. I have to believe they were being more than polite and the surprise and appreciation at the life in and scent of the milkweed patch was genuine. There are many interesting facts about our native milkweed. It was named for the Greek God of medicine, Asclepius and as expected it has many medicinal uses. The latex like substance exuded from the plant when it is cut or damaged has been used to treat warts. The milkweed plant contains cardioactive glycosides which gives protection from predators to those insects who ingest it. Good news for the monarch caterpillar and butterfly which feed exclusively on Asclepias species. The silky parachute of the milkweed seed is six times more buoyant than cork and five times warmer than wool. The floret of the milkweed has the ability to trap the leg of an insect seeking nectar. 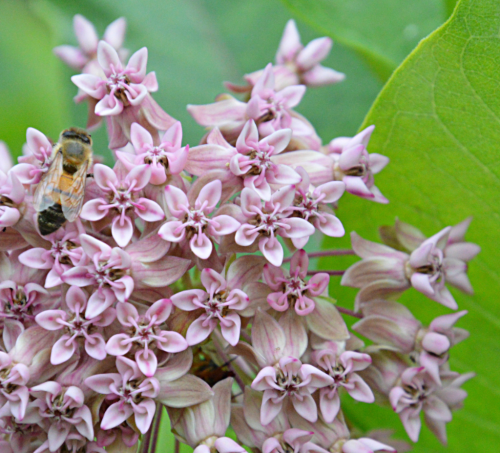 A structure called the corpusculum does the trick. This helps ensure pollination as pollen is dispersed as the insect struggles for freedom. The coarse fibers of the stalk have been used by Native Americans to make twine.  You can read much more about this plant from the experts but there is no substitute for standing near the milkweed patch where you can hear, smell and see all the life which it supports. I would not recommend this species plant for the manicured border but there are other garden worthy species available such as A. tuberosa, Butterflyweed. 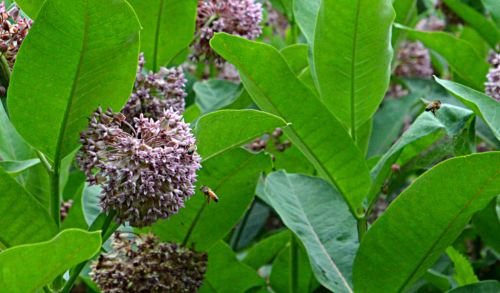 Common milkweed is coarse and can be invasive as it spreads from both seed and runners but if you have a sunny field area it would make a great addition to your landscape. 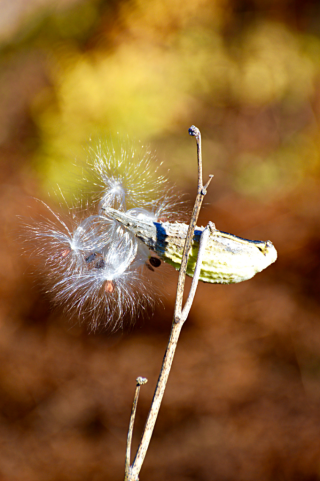 I look forward to visiting the flowering patch which will last another week or two but I know, in mid-October, the milkweed will again please the senses as the seeds ripen, the plush parachutes open to catch the breeze and they lift and float to fields unknown.